Chad Andrews received his BFA in studio art from Kutztown University and his MFA in printmaking from the University of Pennsylvania. He has taught at The University of Pennsylvania for five years, and held the position of Director of Visual Arts at the Interlochen Center for the Arts (Interlochen, MI) for six years. He is currently a full-time instructor of Printmaking and 2-Dimensional Design at Bloomsburg University. He maintains a private studio at the Pajama Factory in Williamsport PA. Andrews grew up moving every two years for nearly 50% of his life. This constant changing of environments is melded to Andrews persona and is manifested into his approach to making art. Andrews work constantly fluctuates with mediums, techniques, imagery and concepts and yet through all this change, he remains the constant. Andrews recent exhibitions present a variety of directions and ideas simultaneously. This manner of working feels right to him, in a way it is exactly the way he lives his life. Andrews lives on a horse farm, teaches at Bloomsburg University, and has a private studio practice at the Pajama Factory in Williamsport, PA.

These three very different lives are one to him and are reflected in his artwork. In a recent studio visit with Andrews, a critic stated that, “If someone thinks they know what you do, they don’t know you.” Andrews took this as a compliment and keeps pushing his life and work forward. Andrews art keeps him observing and participating in the world around him and as this world changes so does his work. Terms such as Representational, Pop, Graffiti, Conceptual, Installation, Abstract, and Contemporary, may be used to describe some of Andrews work. But the moment you use a name to describe what Andrews is doing, he feels that he is moving in a new direction. His work has been in numerous exhibitions in Pennsylvania, Michigan, New York and Virginia and is represented by Gallery Plan B in Washington DC. With the Converge show in December as his re- emergence into public life, 2016 will yield a whole new body of paintings, prints and drawings. He is not going to have an on-line presence for 2016, as he figures out these new works. 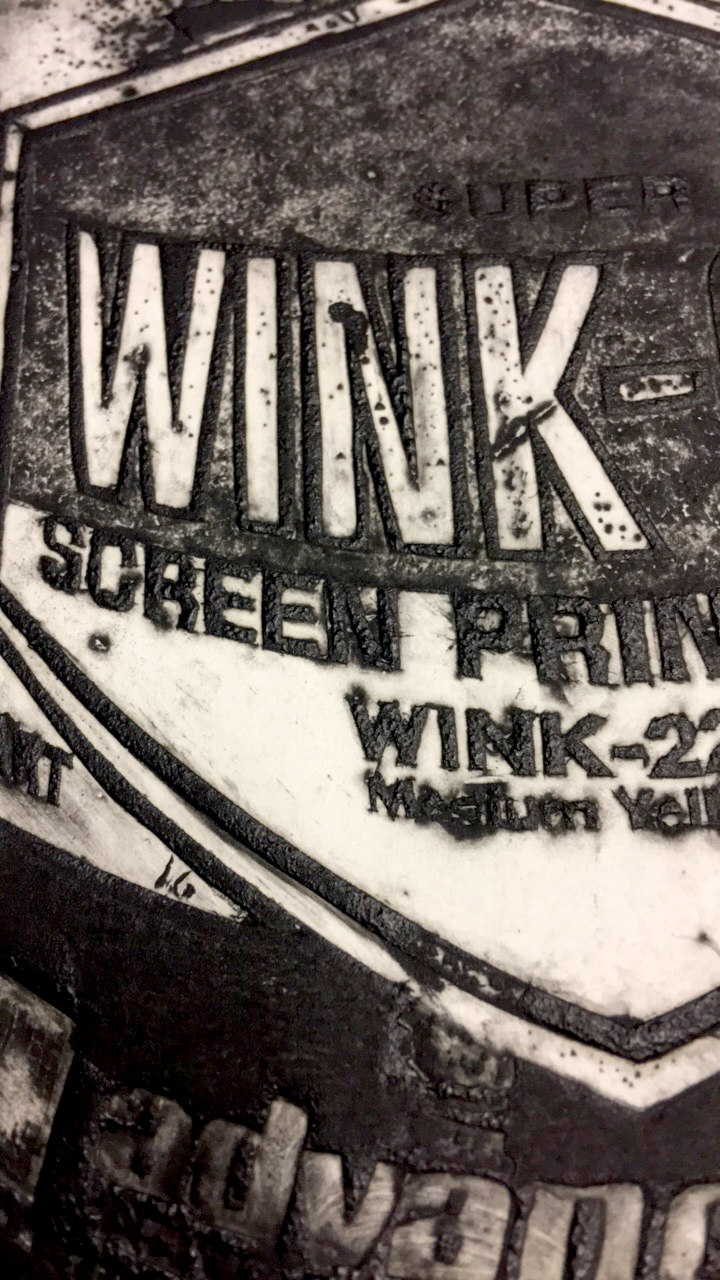 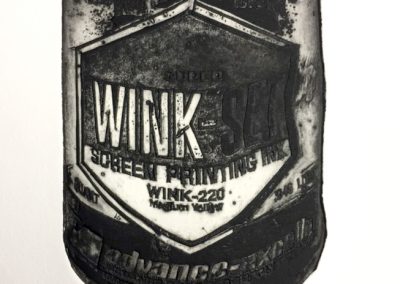 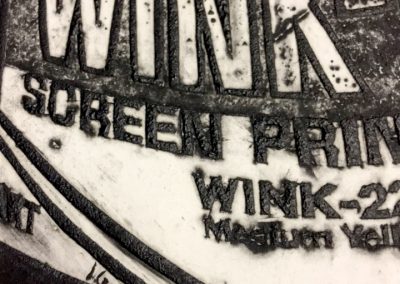 Printmaking is over 5000 years old, with the earliest examples coming from the Sumerians who used cylindrical carved stone seals to make impressions on wet clay. Throughout history since then, printmaking has had a large impact on human civilization by increasing the speed, accessibility, and affordability of spreading ideas and images, an influence that continues even today in our modern society dominated electronic communication and reproduction. Even as older printing techniques are surpassed by new ones as technological and economic instruments, artists continue to use and preserve historical methods for their unique aesthetic and procedural properties, and so contemporary printmaking is a landscape in which artisan tradition and cutting-edge technology coexist. Under Pressure is a group printmaking exhibition exploring this landscape. 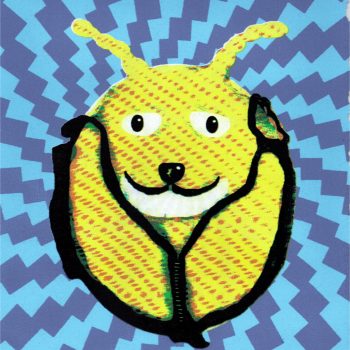 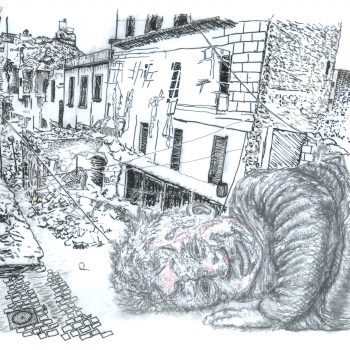 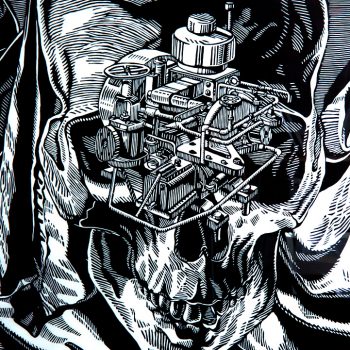 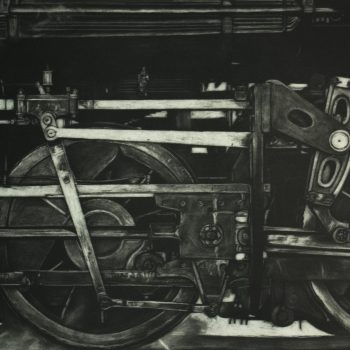 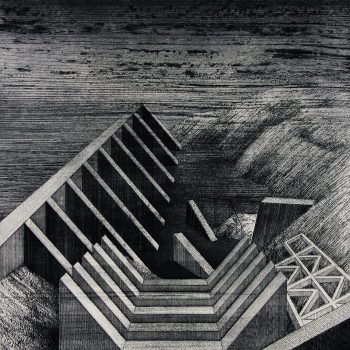 In conjunction with our current exhibit Under Pressure showcasing regional printmakers, Arthaus Projects will be hosting a demonstration of a unique method of printmaking using an industrial pavement roller to turn the street into a gigantic printing press. Several of the exhibiting artists including John McKaig and Chad Andrews along with other local printmakers will be producing woodblock prints pressed with the 1.5 ton roller in front of the Arthaus Projects gallery at 140 W Fourth Street in Williamsport.
The public is invited to come out between 11am and 5pm to talk with the artists about their work while watching it come fresh off the press. The gallery will also be open to the public to view the Under Pressure show, and to showcase the steps involved in creating a woodblock print before the pressing, from the initial drawing and carving to inking. 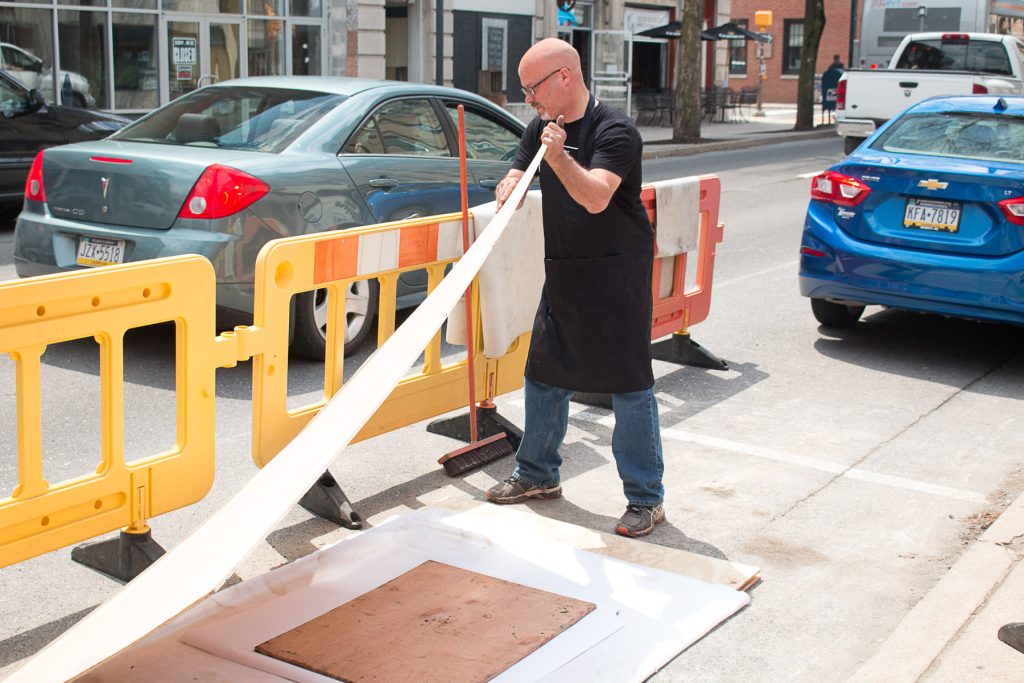 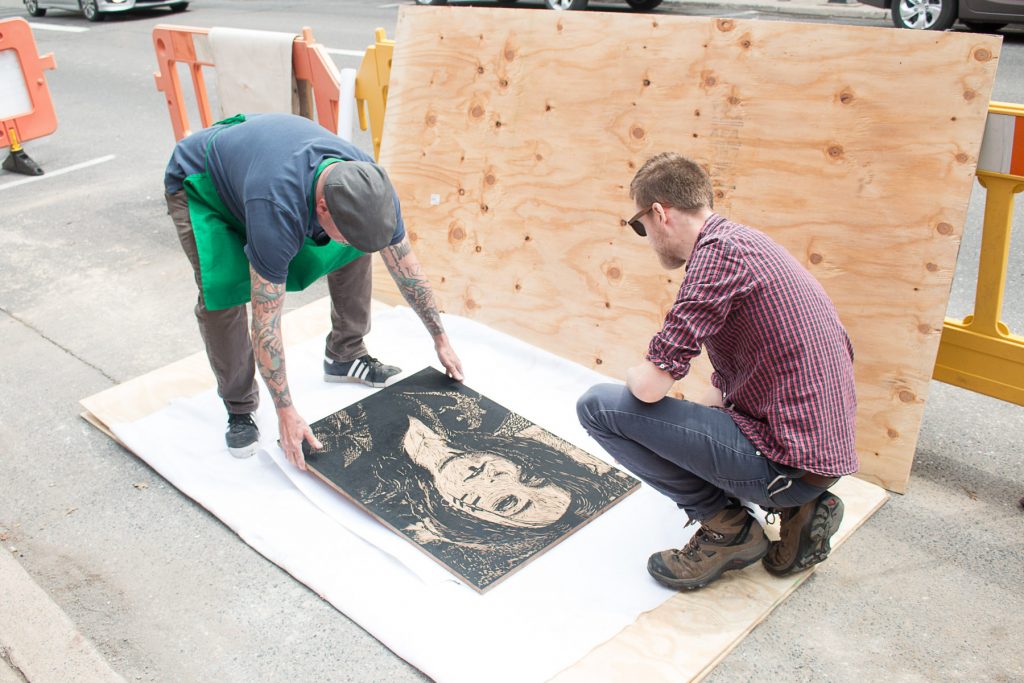 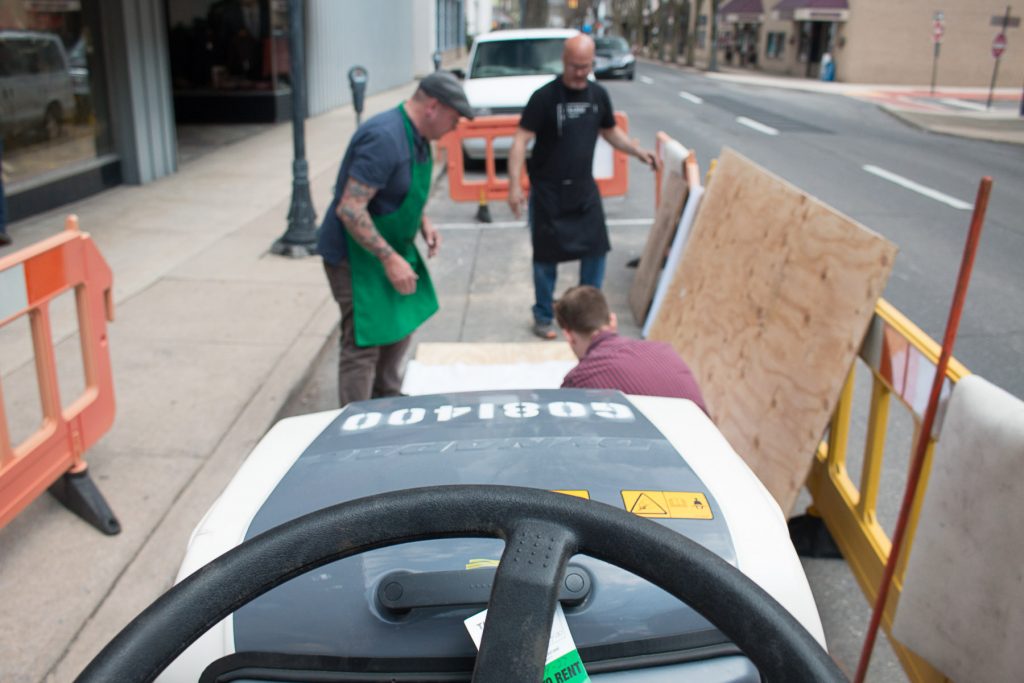