Mike Egan was born outside of Pittsburgh, PA in 1977 (a reason why you’ll find those numbers in his artwork). As a kid, Mike would trace cartoons, skateboard graphics, and album covers. Mike can recall drawing Guns N Roses “Appetite For Destruction” many times in sixth grade. He took art classes throughout high school and decided to pursue a degree in fine arts after school. He went on to college at Edinboro University of Pennsylvania, two hours north of Pittsburgh. He focused on printmaking at the time which is where he learned about artists like Jose Guadalupe Posada and the German Expressionists like Kathe Kollwitz. Egan loved woodcut printing as it offered bold black linework and a graphic quality that he’d later use in my paintings.

After he finished school and returned home where he did not have the necessary supplies to continue making my prints, so he turned to painting so he could keep making art. To be honest, his paintings were bad. Really bad, but he enjoyed making them and continued to learn what worked and what didn’t. Egan lived near the airport and ended up picking up a job with the airlines. He had worked there part-time cleaning airplanes until he got a full-time job at one of the hangars. His first day of work was an intro class of we should expect while working there. After two hours of videos, we took a quick break. When we returned to class the television had images of planes flying into buildings. His first day of a full-time job with the airlines ended up being September 11, 2001. So that job ended rather quickly however he kept making art, bad art. He had discovered that there was a mortuary school in Pittsburgh where he could get licensed as a funeral director/embalmer. He knew nothing about the business or what he was getting myself into.

He went to school for a year and followed that up with an internship for another year. He learned how to do removals, embalm, do restorations, dress and casket people, do the cosmetics and assist on funerals. He continued to paint and made a lot more bad art. He eventually got a job as an embalmer out in Reading, PA in 2005, four hours east of Pittsburgh. Between four locations we did 500 calls a year, so it was a busy time for me. The hard thing about being an embalmer is that you’re on call so when someone passed my phone rang and he had to go to work. He spent a lot of time alone in his apartment waiting for said phone to ring. A lot. This is where he learned to craft his paintings and style.

He thought back to his printmaking days in 2000 and how he loved the bold line work he was doing. So he started to paint in that style and things started to click for me. He was making a lot less bad art and started to make some good ones. In 2006, a friend of Mike’s put together a gallery show in Pittsburgh and included his paintings. Mike sold three the opening night and thought he’s doing something right. he used his love of religious imagery, his experiences dealing with life and death, and his love for skeletons and devils to make his art. Since then he’s been working with galleries all over the United States, Canada, and the UK and have designed art toys that got him to Comic Con in San Diego. 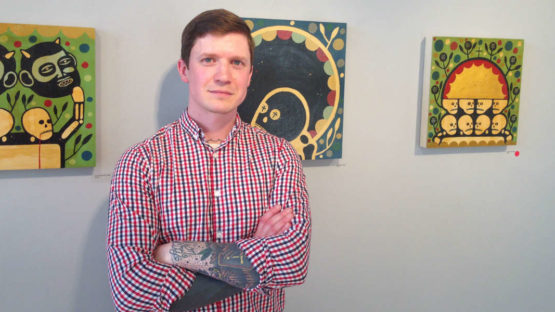 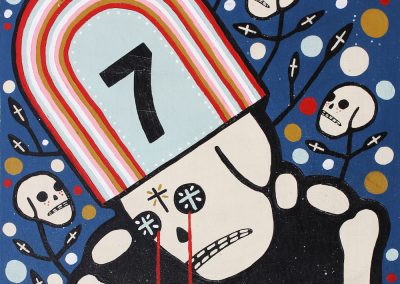 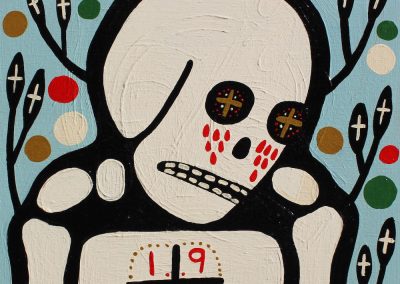 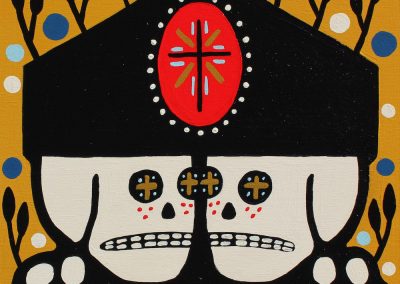 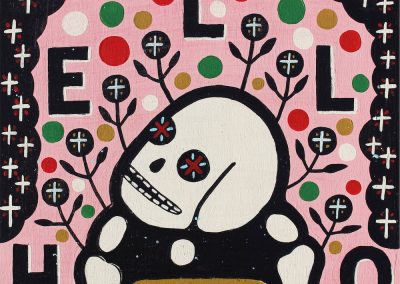 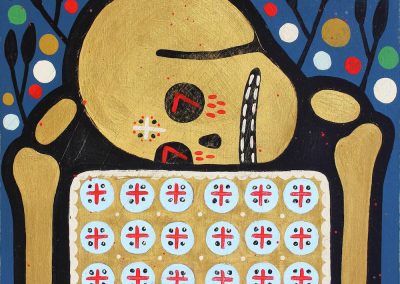 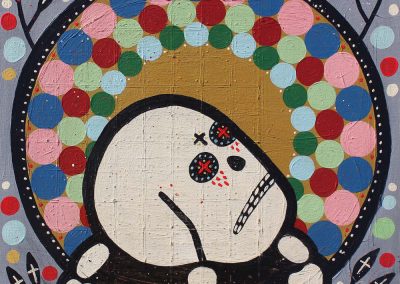 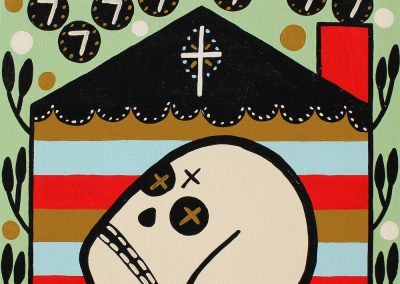 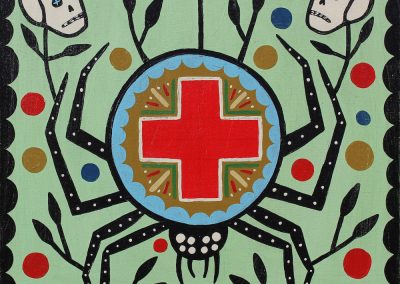 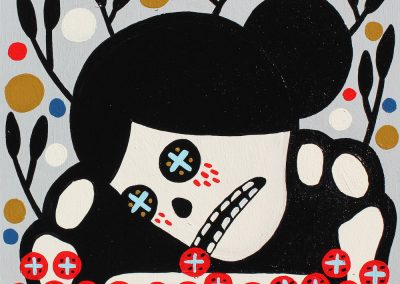 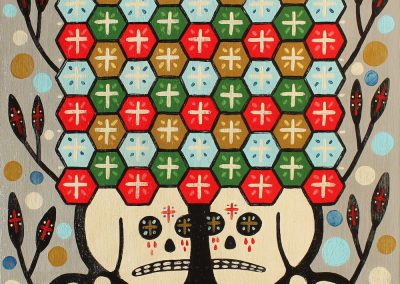 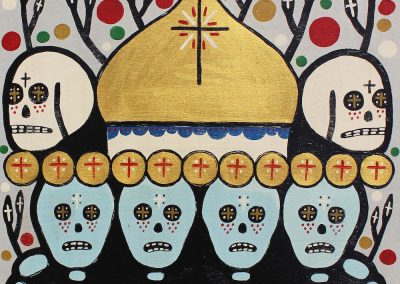 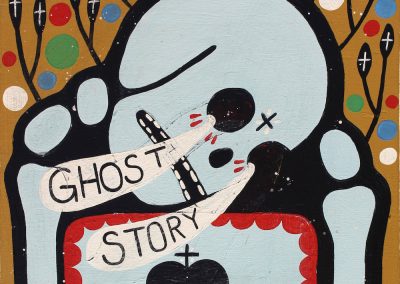