Arthaus Projects is pleased to report that they were able to bring the community together to support a fellow artist in need. Local artist Jesse McKinney was recently diagnosed with esophageal cancer, a rare cancer with a 19% survival rate of 5 years. This diagnosis turned his world upside down this summer and he was forced to leave his job as an associate professor at Penn State University. Jesse is a unique and strong willed individual. He suffers from cerebral palsy, but that has not stopped him from achieving great things including writing a book entitled “A Mind on Wheels”, competing and winning as a two time world champion body builder for people with physical challenges, he is the first person to ever graduate from Penn State University with cerebral palsy, and he was working on getting his Masters at Penn State.

In October, a call for artists was made and an astounding eleven local and international artists donated works to be raffled off in support of Jesse McKinney. Coined “The Arts for the Fight” benefit, we exhibited the donated works from artists Mark Loughney, Johnny Romeo, John McKaig, Chad Andrews, Brian Spies, Natalie Turri, Rick Mason, Marilyn Seeling, Leslie Smith, Richard Brocious and Latosha Davis. Each work was numbered and had a corresponding jar for gallery patrons to enter to win by purchasing raffle tickets. We even had one artist, Kurt Herrmann, donate the proceeds from the sale of one of his works from a previous exhibition as a way to help out the cause. Raffle tickets were drawn on Monday, December 17th and the winners were called to pick up their works.

This raffle raised $420 for Jesse and more importantly, raised his spirits. He stopped by the gallery one day to see how things were going and was overwhelmed with joy for the support the artist community has given him. He also shared with us that he is trying to work with the city to convert part of the Center for Independent Living into accessible apartments for those with disabilities. No matter the odds, Jesse really is driven to make the world a better place.

If you’d like to support Jesse with his mission, or would like to see how Arthaus Projects gets involved in the community, check out their website at www.arthausprojects.com 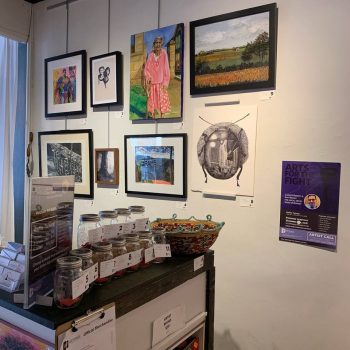 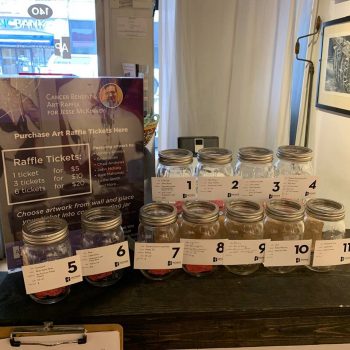