An event every week that begins at 9:00 am on Monday, Tuesday, Wednesday and Thursday, repeating until October 26, 2019 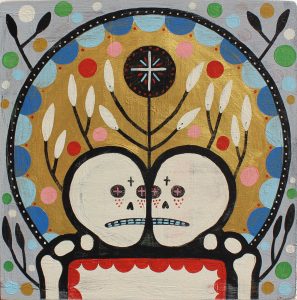 Our next artist on display, Mike Egan, has been featured before at Arthaus Projects as part of two special projects hosted by Australian artist Johnny Romeo. For October we will be giving Mike the entire gallery space and showcasing his "Tiny Death" series. The exhibition opens Friday, October 4 from 6 – 9pm, and is […] 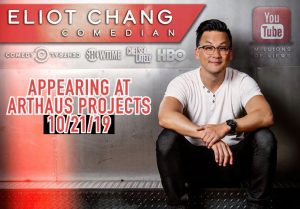 Eliot Chang has been seen on 2 of his own Comedy Central Half Hour specials, E!'s "Chelsea Lately," and Showtime. His viral videos have received millions of views at www.YouTube.com/EliotChangOfficial.   Originally from New York City and now based in Los Angeles, he has toured all over America, Europe, and Asia. This comedian is also […]